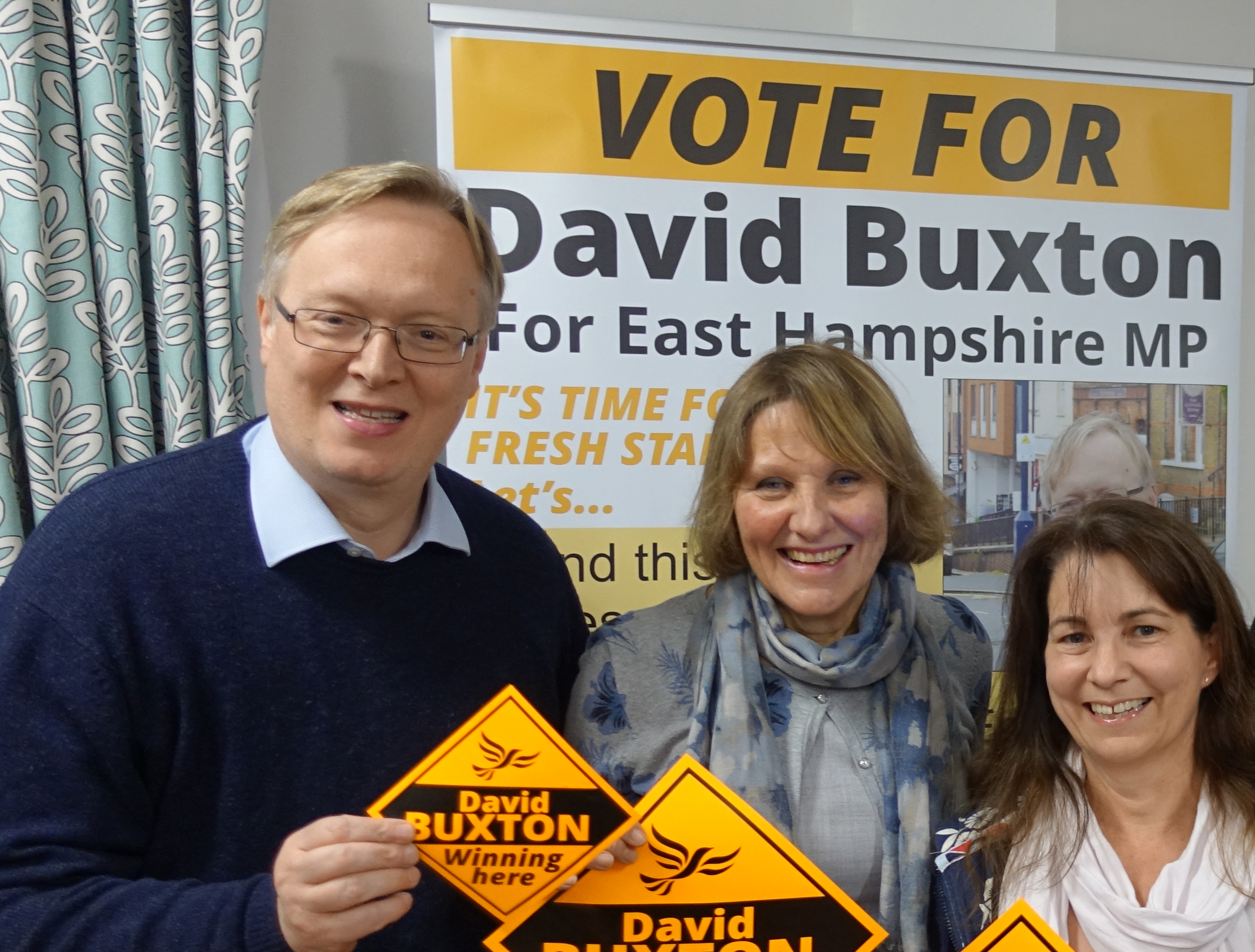 David is an innovative campaigner with a proven track record of winning support, driving campaigns and energising communities both locally and nationally.

David has run for Parliament twice, the last time in Lewisham East where he achieved a swing against Labour and the Conservatives

"I am lucky to have had a 30 year career that has taken me to so many different places and situations. When I was both voluntarily and professionally working on the human rights and equality programme, for example the outreach project in the Eastern European countries, I saw shocking inequality, discrimination and inhuman treatments that changed my own attitude to become a more effective social justice, human rights and disability campaigner since 1985. I will never forget that challenging and life-changing experience. These experiences, and many others, led me to join the Liberal Democrats in 1988. Since then, I've built a strong record of local and national successes"

David has a proven record on the front line, taking both local and national action to support people in changing their lives.

As a borough councillor and chair of 450 homes residents group, David Buxton led the Water Tower Demolition Campaign in Surrey for three years until the developers bowed down to the intense pressure. The tower has now gone, many local residents praised David's dedicated and hardworking campaign!

If elected as East Hampshire’s MP, David would be the first Member of Parliament to use British Sign Language in the House of Commons in the entire history of British democracy.

TOGETHER, WE CAN MAKE A REAL DIFFERENCE FOR EAST HAMPSHIRE!

Education and Special Educational Needs policy is what brought David into national politics. He believes that the poorest in society should be given extra resources to tackle educational inequality. He fights for young people in East Hampshire to get vocational skills and qualifications from the age of 14.

As an MP, he would become one of the few MPs with a health and social care commissioning management background, and will apply his skills to shape policy. Furthermore he will also stand-up for older and disabled people that need domiciliary and community support, which will also fuel community jobs in the East Hampshire area.

HOUSING
Everyone deserves a decent home. The cost of housing is a key issue in welfare spending increases and why the welfare cap is causing difficulties for many residents. David will lead a campaign to find ways to deliver housing in East Hampshire.

The climate emergency will impact us all. We will ensure that 80% of our electricity is renewable by 2030. This means cheaper energy bills for residents and greener energy for the planet.

TRANSPORT
Pedestrians, cyclists, drivers, public transport - all need to work together in East Hampshire. David will work with councillors and experts to develop a cross-transport plan to tackle congestion and safety of residents.

David will keep civil liberties and human rights at the heart of our agenda. He wants to flght and work with for our local communities in East Hampshire: equality, respect, values, rights and fair justice. He is still against the "secret courts" legislation and will defend the Human Rights Act from any opponents.

On Europe, Eurosceptics and the Liberal Democrats

The Conservatives, Brexit Party and Labour are trying to get out of EU in the past 18 months. It’s crucial that the Liberal Democrats be the strongest and largest party of REMAIN, who stand up for unity and the real economic-benefits of our membership!

We all know Conservatives could not tell us what their policies on local government, social and health care, education or the economy are, never mind many more! They only shout out about immigration and leaving EU, nothing more!

My view is that we will always campaign for a strong Britain in a strong Europe because that is in our national interest. More than 40% of our exports go straight to our neighbours in the EU and much of our global trade depends on EU free trade agreements creating 3.5m jobs and attracting hundreds of billions of pounds of investment in the UK. Being part of the EU means we can tackle major challenges that we would not be able to face on our own, for example:

Yes, we know Europe is not perfect and is in need of reform, their bureaucracy results in taking 15 years to define chocolate and they continue to work and travel between two seats of Parliament, things need to change!

But pulling out of the EU would risk millions of jobs, leave us vulnerable to crime and terrorism, and weaken our voice in global affairs. It would put our jobs, our safety and our future at risk. President Obama has already warned that the UK exiting the European Union would leave us cold to the £Billions worth of benefits being proposed through a future US-EU Trade Agreement.

For now, we must stress that the focus of this Government should be on creating jobs, growth, stability and tackling long term issues facing the country.