Backing the NHS is a Lib Dem red line

The Liberal Democrats would insist on investing an extra £8bn in the NHS each year, as well as introducing maximum waiting times for mental health services, as a red line for entering a coalition, Nick Clegg has announced.

Only the Liberal Democrats have committed to a fully-costed plan to deliver the £8bn a year the NHS needs by 2020. 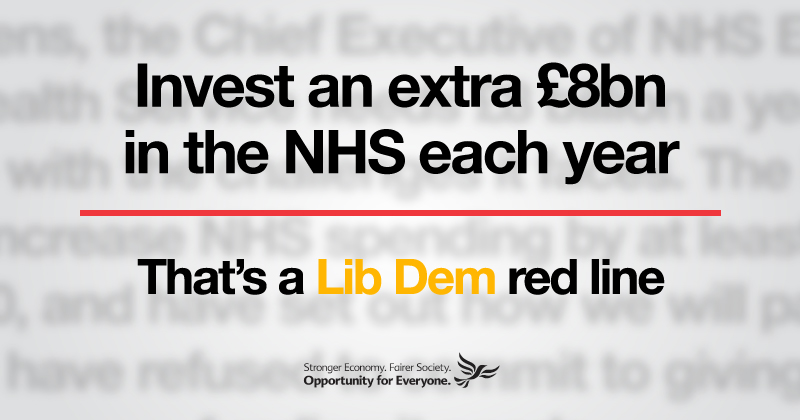 The Conservatives have failed to set out how they would meet the NHS funding gap, and Labour's plans fall short by almost £4bn - which the IFS describe as "a very tight settlement".

Nick Clegg said that Liberal Democrats would refuse to join a coalition unless the £8bn was front and centre of a coalition agreement, and that it must include the core party commitment to introduce maximum waiting times across mental health services.

"For too long mental health has been discriminated against in the NHS. The Liberal Democrats are changing that. We introduced the first ever waiting time standards from this April and we will not go into coalition unless we get a commitment to rolling out maximum waiting times for everyone with a mental health problem.

"We want to build a stronger economy and fairer society with opportunity for everyone, and that's why we are on a mission to make sure people with mental health problems get better care."

Find out more about our work - sign up for emails today: